Warning: "continue" targeting switch is equivalent to "break". Did you mean to use "continue 2"? in /home/californ/www/dev/wp-content/plugins/gravityforms/common.php on line 1121

Warning: "continue" targeting switch is equivalent to "break". Did you mean to use "continue 2"? in /home/californ/www/dev/wp-content/plugins/gravityforms/common.php on line 1158

Warning: "continue" targeting switch is equivalent to "break". Did you mean to use "continue 2"? in /home/californ/www/dev/wp-content/plugins/gravityforms/common.php on line 1162

Warning: "continue" targeting switch is equivalent to "break". Did you mean to use "continue 2"? in /home/californ/www/dev/wp-content/plugins/gravityforms/common.php on line 1186

Warning: "continue" targeting switch is equivalent to "break". Did you mean to use "continue 2"? in /home/californ/www/dev/wp-content/plugins/gravityforms/common.php on line 2855

Warning: "continue" targeting switch is equivalent to "break". Did you mean to use "continue 2"? in /home/californ/www/dev/wp-content/plugins/gravityforms/common.php on line 2862

Warning: "continue" targeting switch is equivalent to "break". Did you mean to use "continue 2"? in /home/californ/www/dev/wp-content/plugins/gravityforms/common.php on line 2875
 California Indians – California Missions Foundation

California Indians, Before, During, and After the Mission Era

California Indians and the Land

Current Archeological evidence suggests that Native peoples have lived in what is now California for at least 20,000 years. Many California Indian people, however, believe that they are autochthonous – created in place. Whatever their origin, California Indians have an ancient connection to the land. Their cultures were shaped by it as much as they, themselves, shaped the land.

Early European explorers described California as an earthly paradise where native inhabitants simply “survived” off of what nature provided. But California Indians never left their sustenance to fate. Throughout the state, Indians carefully managed their environments.

Through controlled burning, they cleared underbrush and promoted new growth of important plants. They upturned soil by harvesting bulb plants, which caused such vegetation to multiply. They harvested seeds from grasses and in doing so they unintentionally, and at times intentionally, spread plant species into new areas. Such practices not only ensured an abundance of food, but also provided the raw materials for instruments of utility and art, such as regalia, baskets, and household items.

A Time of Little Choice

Although Juan Rodríguez Cabrillo claimed California for Spain in 1542, Spain did not attempt to occupy the land until the late 1700s. Occupation of New Spain radiated outward from Mexico City. The primary strategy of Spanish colonization was to convert Native Peoples into loyal Spanish citizens. Missionization, the act of converting Native Americans through cultural and religious instruction, was central to the Spanish colonial strategy.

By the mid1700s, Spain had already founded missions in Baja California. Feeling pressure from rival empires, such as Russia and Great Britain, Spain worried about maintaining its claim over land in the Northern reaches of New Spain. Russian trappers worked their way South along the Pacific Coast and British ships reconnoitered Alta California. In 1769, Spain ordered a military expedition to explore and occupy Alta California. Led by Captain Gaspar Portola and Father Junipero Serra, this initial exploration would come to be known as the Sacred Expedition. The expedition resulted in the founding of Mission San Diego, the first in the chain of 21 missions that would eventually stretch all the way to Sonoma.

The missions created a new type of community. It was a life that was controlled by the padres. In the missions, Native Americans received religious instruction and were expected to perform labor, such as building and farming for the maintenance of the community. It was a life that was dramatically different from the life they knew before the Mission era. The Mission System was a highly coercive and once Indians had entered the community, they were expected to live in ways that the padres and military officials deemed acceptable. Missionaries discouraged aspects of Native religion and culture. Native Americans who had entered into the mission communities through baptism were not allowed to leave without permission. Corporal punishment, such as floggings, for Native Americans who disobeyed the rules was frequent and at times severe. Although such punishments were not uncommon in contemporary Spanish society, they were quite a departure from traditional Native American practices.

Not all Native Peoples in Alta California came to the missions and not all of those who did experienced mission life in the same way. The Spanish established the missions across a great geographical distance and over a long period of time. Junipero Serra founded the first mission in San Diego in 1769. Father Jose Altimira founded the last Alta California Mission, San Francisco de Solano, in 1823. Although there was a mission system and the Padres who administered them did so under established guidelines, there was much regional variation. This variation reflected the Native Americans who made up the missions communities and the personalities of the missionaries.

Whatever the modern view of the missions, one thing is clear: California Indians built each mission and it was California Indians who lived, worked, and died in them. It is clear that life at the missions was often difficult. Disease frequently ravaged mission communities. But even in these times of great hardships, California Indians made the best lives they could. They got married and had children, they passed down traditions and cultural knowledge, and they experienced moments of great joy, however brief. Above all they were not “mission Indians,” they were people. 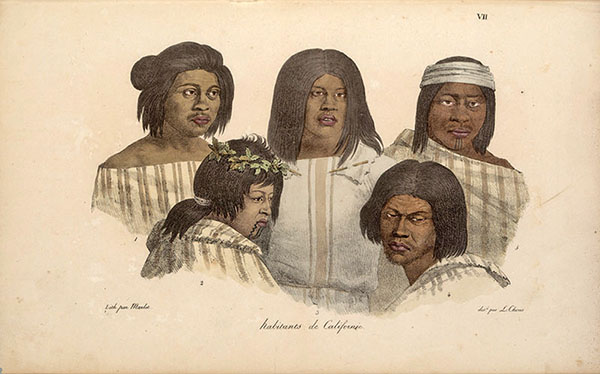 Warning: count(): Parameter must be an array or an object that implements Countable in /home/californ/www/dev/wp-includes/class-wp-comment-query.php on line 399